Baby Boy Names from the Declaration of Independence.

Posted by www.namelynewborns.com on Jan 29th 2017

Some baby boy names never go out of style. It is hard to believe that over two hundred years ago when the Declaration of Independence was signed, the most of names of the supporters are still used  today.

The Declaration of Independence is the statement adopted by the Second Continental Congress meeting at the Pennsylvania State House in Philadelphia on July 4, 1776, which announced that the thirteen American colonies, then at war with the Kingdom of Great Britain, regarded themselves as thirteen newly independent sovereign states. There were five original writers and all of the their first names except for Roger as still used today. The original five authors were Thomas Jefferson, Benjamin Franklin, John Adams, Roger Sherman and Robert Livingston.

Some of these names have evolved a bit. But at www.namelynewborns we still embroider baby blankets for Tom, Jonathan, Bob and Ben. We have never personalized anything in the thirteen years we have been in business with the name Roger. If anyone knows a baby with the name Roger, please let us know.

Ironically, the signers of the Declaration of Independence have names that are even more frequently used that the original authors. Samuel was the name of several signers. Among the over fifty signers were other popular names like Matthew and James. We have embroidered many baby gifts with the SAM, GEORGE  as well as JOSH which has been shortened from Josiah. Matt is the nickname for Matthew which is a frequent requested name by our customers. James is also requested on occasion but not the nick name JIM.  It is hard to believe that the cool name CARTER was also a name of one of the original signers of this important document. The only names that we have never even heard of that were signed to Declaration of Independence are Button, Elbridge. Lyman  and Gweneth. But who knows; trendy names are always surprising us.

We predict that the next historic name to be given to baby boys born in 2017 with be either Alexander or Hamilton. The amazing success of the rap Broadway production of HAMILTON by Lin Miranda has taken America by storm and parents will bestow both the first and last name which has become a trend in naming a baby. 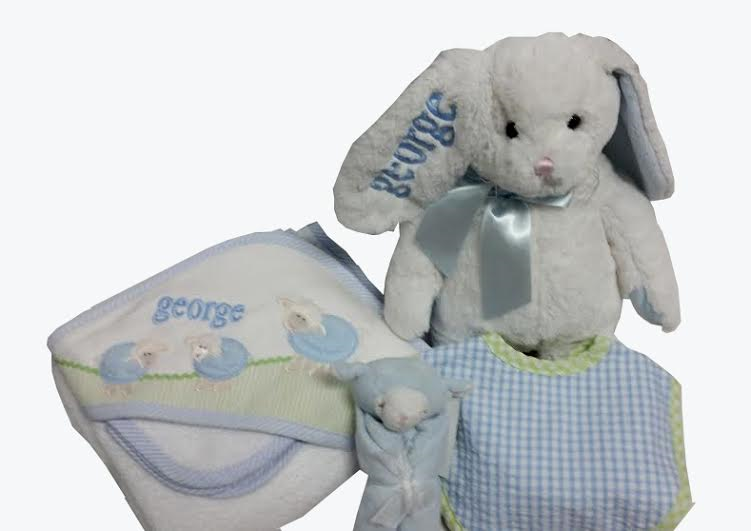 Award winning baby blankets by www.namelynewborns.comBaby blankets with names are the number one baby gift. For a soft cuddly present, nothing shows your love better than a blankee. Wrap your baby in love with one of our cool customizable creations or one of our unique designs manufactured in America by our company. We love to [...]

Be the First to Buy these Blankets at 30% Savings

GREAT NEWS - YESTERDAY WE ASKED YO TO BUY OUR NEWEST BLANKETS. THANKS,OUR BLANKETS HAVE BEEN SOLD AND WE WILL PUT THE NAMES ON NEXT WEEK AFTER THEY AR EMBROIDERED.Our new blankets made exclusively for us are here. They are gorgeous and made in America. We need to put them on out web with a [...] 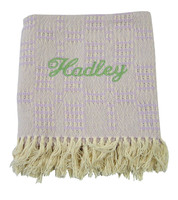 Baby Blankets Made By Hand or Machine?

Just because we live in the machine age doesn't mean we still can't enjoy the beauty of baby blankets with hand work. Years ago, before modern technology, all clothing was made either by family members or by small workshops. The very wealthy always had a sewer design and make their clothing, but the average family made [...]

Our made in America blankets are back in stock!

Namely Newborns is so excited that our two best selling blankets made exclusively for us in  America are back in stock. It is not easy when you manufacture your own blankets. It is almost like giving birth in a way. You have to start from scratch and all the steps have to be complete before [...] 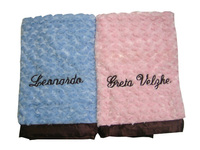 Buy a Baby Blanket Made in America

Baby Blankets made in the U.S. are the best blankets money can buy.When you send a baby blanket made in the U.S. you are sending the highest quality product available in today's market place. The quality control in our country is superb; the pride in craftsmanship is unequaled any where in the world. Sometimes, quality cost a little more but [...] 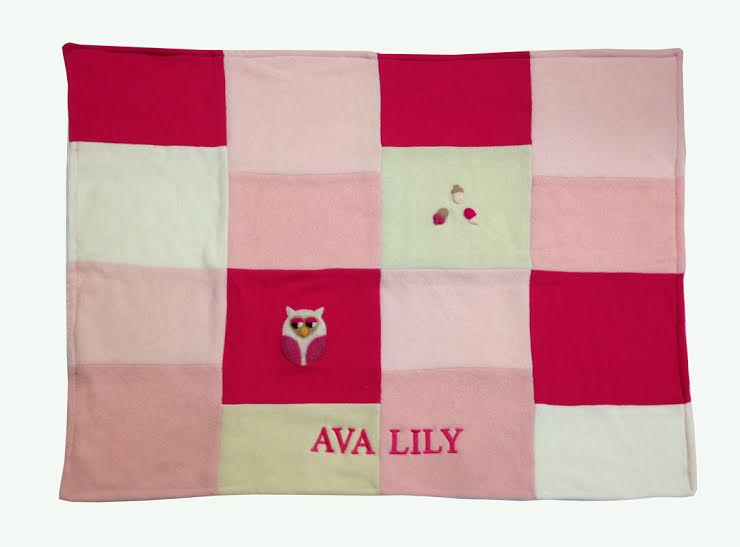 Baby blankets and quilts have been patch worked for generations. In earlier days it was a way of mending something and extending it's usefulness. Now it is a design concept that let 's you see the hand of the crafter and the work that has gone into making the item. It is a way of [...]

Personalized Baby Blankets Are Keepsakes That Baby Can Grow Up With

Personalized baby blankets are the number one baby gift at baby showers and births. Send a soft stroller blanket or a plush crib blanket as  your signature baby gift.These gifts  are meant to be cherished, but also to be used daily. Once a blanket is embroidered with a baby's name and birth date or a [...]

When you think of "someday" and add the word #baby- you have found the dream that many modern women desire.So if you are lucky to be #pregnant and for your someday to be now; it is time to celebrate.Indulge your dreams with all of the stylish luxuries you can surround your little one with. When [...]

What is the ROI on a Corporate Baby Gift.

Personalized baby gift to your employees often delivers high ROI that cannot be stated on a balance sheet. It is intangible that is hard to measure in dollars and cents but the returns are very high. The feeling of being part of a company that cares is very important. What inspires people to work hard for [...]